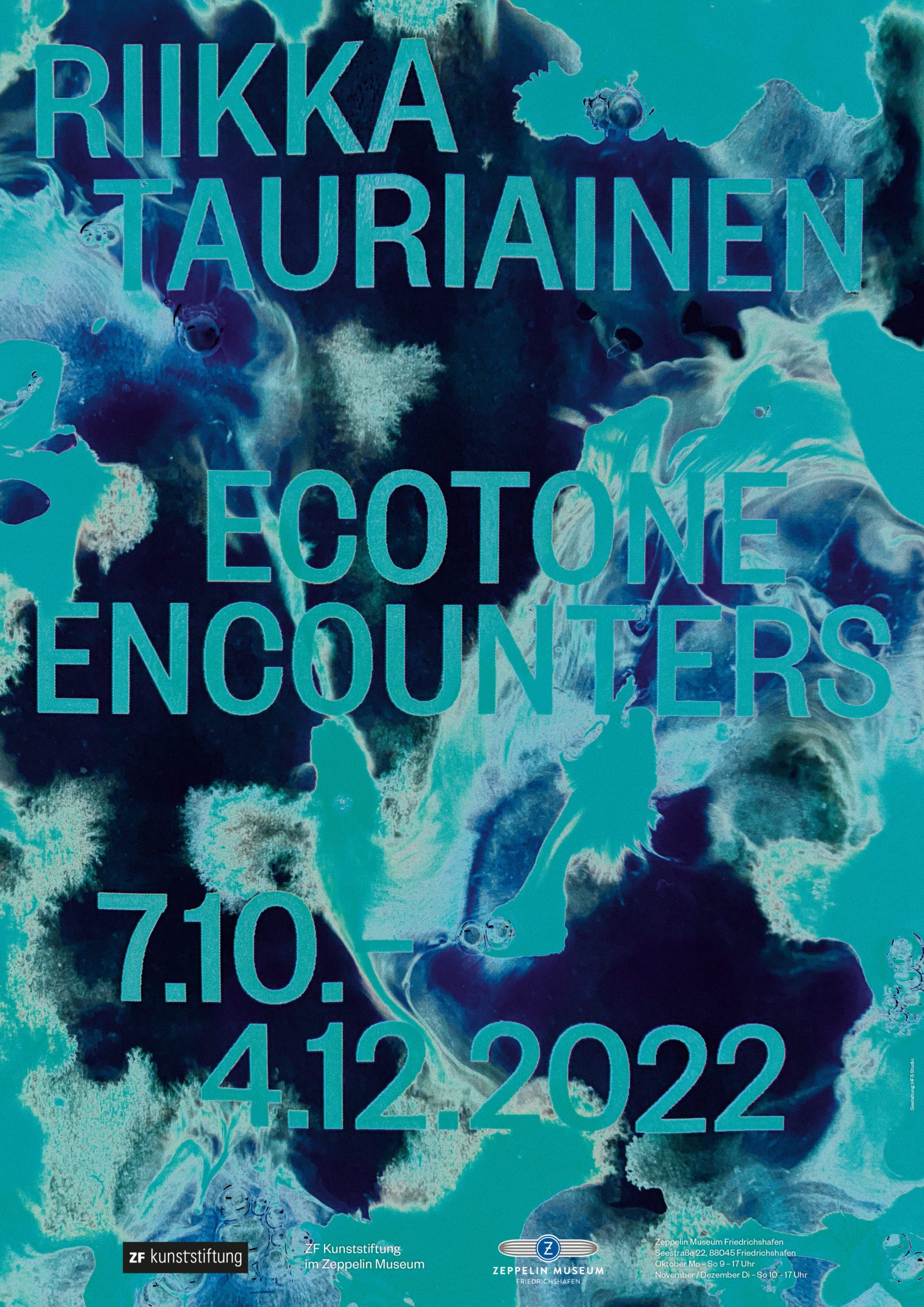 From 7.10.2022 to 4.12.2022 the ZF Art Foundation is presenting the exhibition ECOTONE ENCOUNTERS by the Finnish artist Riikka Tauriainen in the Zeppelin Museum Friedrichshafen.

At Lake Constance Riikka Tauriainen has developed the video based installation Ecotone Encounters. She researched Ecotones, the transition areas between neighbouring but different ecosystems. She explored the shore regions and the lakebed. She dived into the lake and listened to the voice of the lake. During her research at the Institute of Lake Research (ISF), she discovered the microcosm of phytoplankton and zooplankton, an entire world in a drop of water. Ecotone Encounters belongs to the series of works Hydrocommons and is based on the idea of fluidity of bodies as formulated by the writer and cultural theorist Astrida Neimanis in Bodies of Water. According to Neimanis an ecotone is not only a zone in which two spheres pervade each other but is also a “zone of fecundity, creativity, transformation; of becoming, assembling, multiplying; of diverging, differentiating, relinquishing. Something happens. Estuaries, tidal zones, wetlands: these are all liminal spaces where two complex systems meet, embrace, clash and transform one another. The liminal ecotone is not only a place of transit, but itself a watery body.”

The installation Ecotone Encounters allows the visitor to dive into a fluid world of imagination and new perspectives. The video sequences with their poetic texts and multiple voices of the lake, paired with fluid underwater objects in space, make the boundaries between fact and fiction blur and become more permeable. Set in a posthumanist world of ideas, Ecotone Encounters evokes utopias: How would our world look if we as fluid bodies, as Bodies of Water, were aware of our connection to all living things — and therefore of our responsibility? If we as Bodies of Water were socialised with our environment in this hydro-logic?

Riikka Tauriainen is active as a teacher and mentor at art schools and universities in a transnational environment. Her work is exhibited internationally include Bâtiment d’art contemporain in Geneva, Siemens Sanat in Istanbul, Center for Contemporary Art in Plovdiv Bulgaria, NGbK Berlin, Helmhaus in Zurich, and Swiss Art Awards in Basel. She has taken part in biennales in Turkey, Croatia, and Switzerland, as well as Artist in Residence programs in Genoa, Italy and Anyang, South Korea. In 2022 Riikka Tauriainen is Artist in Residence of the ZF Art Foundation in Friedrichshafen, Germany.

The opening of the exhibition will take place on 6.10.2022 at 7 pm in the Zeppelin Museum Friedrichshafen.